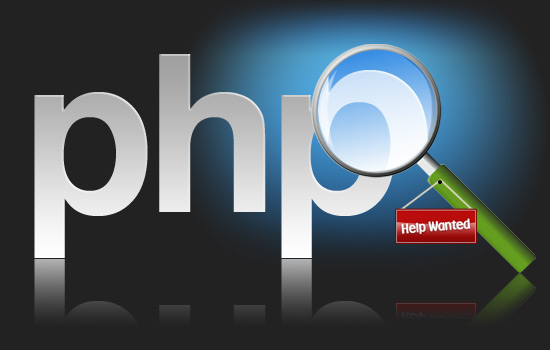 If you’re like most programmers I hear from, you’re probably wondering how to ensure significant performance and security improvements from the programming language that you choose from to develop websites. Programming language is also a strange and mysterious language, because it has to transmit the same message and command like the way other several languages do to the computer; displaying the desired output to the user. And it can be very hard to find your way through it so you can meet your requirement towards security, big data analysis and simplicity . You’re in the right place though, because often, the very first step on your journey to develop websites is understanding what PHP is and how it works!

Which programming language might best fit for you to develop the websites, though? In this article, we’re going to talk about one of the most commonly used programming language, PHP (also known as Hypertext Preprocessor) and why is so popular among other several languages. We’ll also look at what benefits we get choosing it. And at the end, we’ll learn how we can select different PHP versions. Without any further delay, let’s get started!

PHP (also known as Hypertext Preprocessor) is a widely-used open source back-end(server-side) scripting language that is extensively used for website development and it operates in the web server.

For any programming language to be regarded as effective, it’s very crucial for it to get preferred by the developer’s community. What’s more, yeah this society of developers must be enormously large and coming to PHP. As, it has moved onward from the same hurdle and has succeeded to achieve popularity among both the clients and designers. Furthermore, it has also been acknowledged broadly to build dynamic web applications utilizing MySQL Database connection. In addition, the language is open source, server-side scripting with a relevant development surroundings and affordable too.

Easy to learn and manipulate quality-rich and filled with several features might be the benefits any developer is seeking for in any programming language. PHP provides several advantages wiping out your limitations of developing something that you consider to be out of the box. When comes to installation and set up, PHP language is easy to install and set up as well. Also, PHP operates both in Unix and Windows servers ensuring it to stand out among other several programming languages. Apart from easy set up and its better functionality, PHP also ensures outstanding performance and improved security. So, before opting any programming language, it is a good idea to wisely ponder about the features and results it provides. With PHP, you require little to obsess about.

Take a look at some of the benefits and explore why PHP is the most popular web scripting language that is extensively used for many complex web development and web programmed applications.

Many web developers and programmers find PHP easy to master learning and maneuver. Also it’s syntax resembles to that of C and C++ language syntax.

MySQL, the popular online database can be interfaced well with PHP as server-side tool and thus can become excellent choice for web programmers seeking for automation of their websites.

PHP operates both on Unix and Windows servers.

PHP does internal rearrangement making headers to appear before the contents and also possess strong output buffering PHP that enhances increment over the output flow.

PHP works well with the combination of HTML to display dynamic elements on the page. Also, PHP only parses code within its delimiters. Also, it can be integrated with great number of relational database management systems, runs on all the popular web servers and different operating systems.

PHP has support for all of the databases like MySQL database, SQLite database, ODBC database and many more making it the best, which other programming languages hardly provides.

So, in general PHP is one of the cheapest, secured, fastest and much reliable scripting language to program and develop web applications.

Take an example of going with the PHP 7.0 and 7.2 versions, it ensures better advancement in speed and memory usage over past versions to greater extent. It also enhances to better handle errors and fix many bugs too.

Before making the transition, it is essential for you to become aware of backwards compatibility issues with the scripts: Older PHP language may not be compatible with newer versions of PHP.

PHP has been introduced in versions 1, 2, 3, 4 and 5 since its launch in 1995. The variations of version 5 (5.1,5.2, 5.3, 5.4, 5.5 and 5.6) that you see in the above diagram provided by AGM Web Company were the most significant and mostly used throughout the globe of language. Also, another fact of not being release of version 6 constructed for the support of Unicode Standard was no developer preferred to choose this version and found no consensus and hence the project was dematerialized. Thus, version 6 got never released.

Eleven years past in 2015, version 7 was introduced bringing about numerous improvements, including a considerable performance gain. Version 7 has been quickly adopted by developers around the world. This has also become one of the best recommended version for any new application written with the language.

To select the latest versions, you can follow the following steps.

Here, you can select your preferable PHP versions that you wish to choose.

In this post, we’ve learned what PHP is and also the benefits of choosing PHP programming language over other several languages and latest PHP versions available with the web hosting company. I hope you guys learned something interesting in this post. If you are seeking for something value in this post, then I wish you’ve achieved for the same and wish you gook luck!